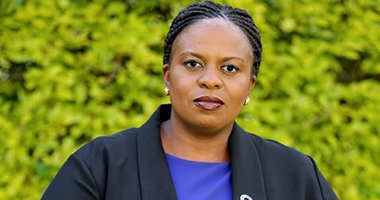 On 22 of May 2020, United Nations Secretary-General António Guterres announced the appointment of Sanda Ojiambo of Kenya as Executive Director of the United Nations Global Compact. As the second woman to be appointed in the role, she will succeed Lise Kingo of Denmark to whom the Secretary‑General is deeply grateful for her dedication and strategic leadership in steering the work of the Global Compact and broadening its contribution to the realization of the Sustainable Development Goals.

Ms. Ojiambo, who assumes the role on 17 June 2020, will bring 20 years of experience to lead the UN Global Compact in its next phase to mobilize a global movement of sustainable companies and stakeholders and bring the full weight of the private sector to achieve the Sustainable Development Goals (SDGs). She has served as Head of Sustainable Business and Social Impact, Safaricom Plc, Kenya since 2010. Ms. Ojiambo was also the Senior Manager of Safaricom and MPESA Foundations, Kenya from 2008 to 2010, during which she led the implementation of several public-private partnership initiatives between Safaricom and UN organizations. Throughout her career, she has cultivated and managed relationships with key business entities and civil society organizations, including her capacity development work in Somalia with UNDP and CARE International. Ms. Ojiambo holds a Master of Arts in Public Policy from the University of Minnesota, USA, and a Bachelor of Arts in Economics and International Development from McGill University, Canada. 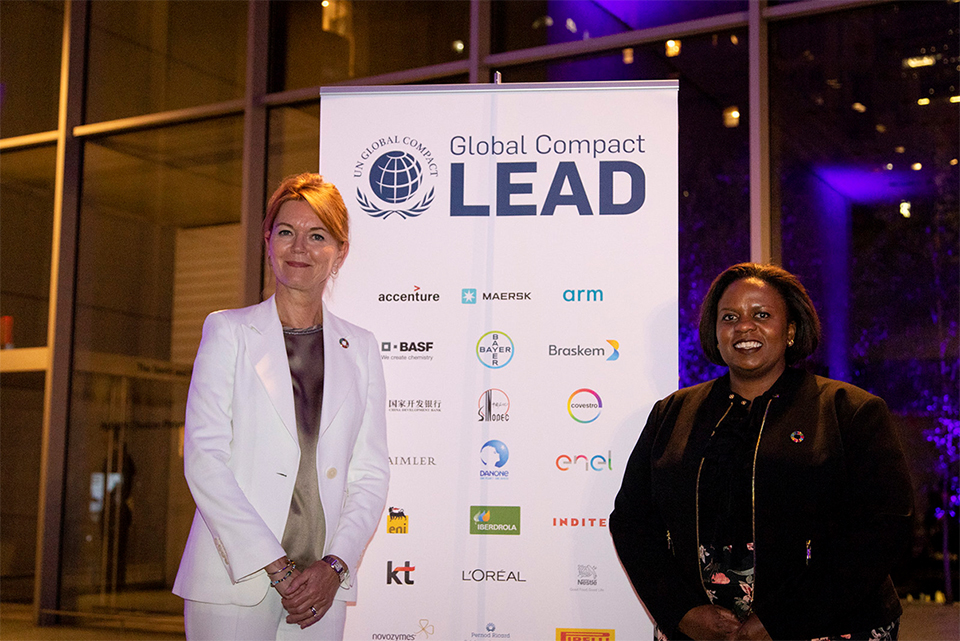 Lise Kingo with Sanda Ojiambo in September 2018 in New York.

Lise Kingo, who announced at the end of last year that she would be stepping down as Executive Director after five years in June, welcomed the Secretary-General's appointment.

“I am happy to hand over the baton to such a strong woman leader from the Global South to take the UN Global Compact into its next chapter. I have immense confidence that Sanda’s global experience, deep integrity, and inspiring vision will advance the impact of the UN Global Compact and accelerate our efforts to mobilize a global movement of sustainable companies and stakeholders to create the world we want,” she said.

Ms. Kingo will pass the baton to the next Executive Director on 16 June at the UN Global Compact Leaders Summit, marking 20 years of uniting business for a better world. The Leaders Summit will virtually convene leading voices from business, Government, the United Nations, civil society and academia for a 26-hour conversation about how we can rebuild more inclusive economies and societies to set a new course for a socially just, low-carbon and climate-resilient world, where no one is left behind.

This site uses cookies. By continuing to browse the site you are agreeing to our use of cookies.