A special day to cross an important finish line: social reintegration of many young people with problems of addiction and discomfort.

April 7th 2019, Dianova will take part in the charitable relay of Milan Marathon to raise funds for the campaign “And after us… A bridge towards autonomy”, launched in 2018, which involves the realization of several projects for the development of activities such as professional training workshops, work placements internships and the launch of new protected structures.

CHICCO, a brand dedicated to the entire world of babies, banned the use of animal furs since a long time but now goes one step further to undersign a formal fur-free commitment with LAV and the Fur Free Alliance.

The brand, which has always focused great attention on the materials used in the production and creation of its babies’ and children’s wear collections – from 0 to 8 years – thus confirms its commitment to promote sustainable fashion by complying with the standards of the Fur Free Retailer program www.furfreeretailer.com and Animal Free Fashion www.animalfree.info and consolidates its decision not to use animal furs.

When well communicated, science and research offer a number of potential benefits to society. But how can we recognize valuable scientific dissemination? When is it effective? How can we promote and incentivize science communication? 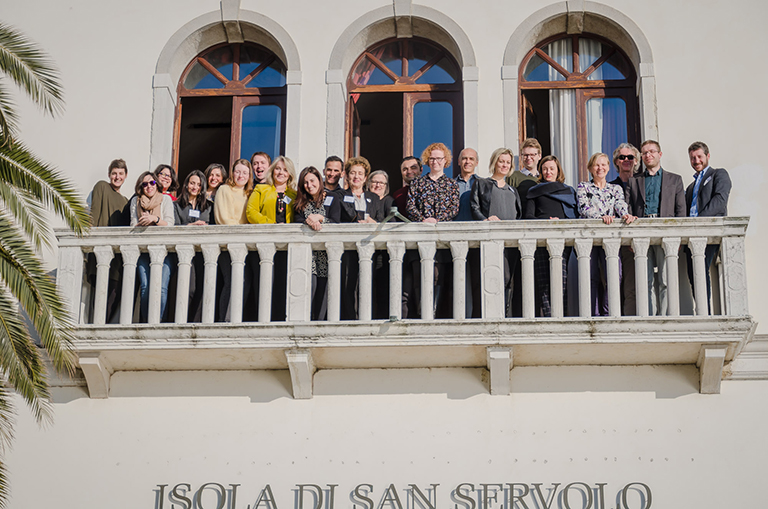 From these questions it stems QUEST - QUality and Effectiveness in Science and Technology communication, a 2-year project coordinated by Venice International University (VIU) through its TEN Program on Sustainability and funded by the EU Commission with a 1.2M budget, within the H2020 SwafS action - Science with and for Society.

Every day Ansaldo STS moves goods and millions of people thanks to transport solutions that allow access to key destinations and services in conditions of safety, respecting the environment and improving the quality of life.

Within the development of each project, Ansaldo STS takes into account the social, economic, logistical, architectural, environmental and infrastructural context in which it operates; succeeding in planning, designing and building railway and metropolitan signaling and transport systems that provide the best possible combination of security, efficiency and return on investment.

“The 2030 Agenda from global to local”, the new report by FEEM and SDSN Italy

FEEM – the Eni Enrico Mattei Foundation and SDSN –the Sustainable Development Solutions Network Italy are publishing the Report "The 2030 Agenda from global to local" by Laura Cavalli, SDSN Manager for Italy and senior researcher in the Society and Sustainability program for FEEM. The Report will be presented in Bolzano on 17th-19th September 2018 at the XXXIX Annual Scientific Conference of A.I.S.Re - the Italian Association of Regional Sciences.

The publication is part of the commitment that FEEM and SDSN Italy carry out together for the dissemination of scientific studies, policy briefs and best practices that promote their implementation throughout the 2030 Agenda territories, launched by the UN in September 2015, and of its 17 Sustainable Development Goals (SDGs).

IT for development: Intesys contribution to the Open Hospital project

Since its inception in 1995, Intesys has paid close attention to the social sector by supporting and funding various projects, especially in developing countries.

Until the company wondered how to make its specific technical-IT skills available in the social sphere.

This led to the decision to support the Association "Developers without borders", active in Italy since 2005, and, in particular, its Open Hospital project.

On 4th October 2017 HeidelbergCement launched the Sustainability Commitments 2030 that define the key topics and core principles of the corporate sustainability strategy. The Sustainability Commitments 2030, in line with the international standards, declare the Goals for the Sustainable Development, which are included in the “Agenda 2030”, an action plan approved by the governments of the 193 UN member countries. The areas of priority for the Group are six: promoting economic strength and innovation, reaching excellence in occupational health and safety, reducing our environmental impacts, establishing the circular economy, being good neighbours and ensuring legal compliance and transparency.

The Sodalitas Social Award is the most authoritative Italian award for companies and organizations committed to achieving a sustainable future, implementing effective initiatives to promote growth, development and inclusion.

On the occasion of its 10 years of activity, the Sustainable Development Foundation will hold, on May 9th in Rome, the Spring Meeting dedicated to the presentation of the new book of Edo Ronchi “The Transition to the green economy”. The author will discuss it with Jean-Paul Fitoussi, Andrea Orlando, Giulio Tremonti, Lorenzo Fioramonti e Rossella Muroni.

African intellectuals for a two-day conference in Kigali

On July 5-6, the Sustainable Development Goals Center for Africa (SDGC/A) organizes the conference Mobilizing African Intellectuals Towards Quality Tertiary Education in Kigali (Rwanda). Objective: the involvement of African intellectuals in identifying solutions and actions aimed at improving the areas of school and university education, research, funding and cooperation. All in the light of the Sustainable Development Goals.

A2A: the first Integrated Report has been approved

On May 15, 2017 the Shareholders’ Meeting approved the first A2A Integrated Report according to the IIRC framework, an evolution of the Sustainability Report, which maintains the level of completeness through reference to GRI-G4 criteria. The Group has committed itself to achieving the UN 2030 Sustainable Development objectives, aiming to take on a leading role in the creation of a new, low carbon, circular economy based on networks and smart services. In particular, A2A has developed ideas and projects with communities through a multi-stakeholder involvement model.

BNP Paribas Group carbon neutral by end the of 2017

As part of its long-standing commitment to help combat climate change, BNP Paribas announced the "zero emissions" target, that isto becoming carbon neutral by the end of the 2017.

The valorization of all forms of diversity - ethnic origin, nationality, religion, gender, sexual orientation, civil status, disability and political opinion  - is part of the BNP Paribas Ways, which recognizes in inclusion and pluralism two of its distinctive features. In this, BNP Paribas Pride Italia was born, presented in Milan on May 15th: a network of employees for the  inclusion culture and the fight against all discrimination related to sexual identity.

Intesys publishes its first sustainable report and reach an important goal to let everyone know about its initiatives and the numbers about social and environmental themes as well as economic.

On the 9th of May took place the inauguration of the new kindergarten in Norcia, a structure that has been destroyed by the earthquake that hit the area last August. The new earthquake-proof building has been rebuilt thanks to the generosity and support of the Francesca Rava Charitable Organisation and KPMG employees. The structure, which occupies an area of 560 square meters, will host 125 children, who will be divided into four classes in addition to a class of nursery school (3-4 years old).

OV Group, with its innovation platform Green Capital Alliance, has became in april 2017 an Associated Member of Graphene Flagship, Europe’s biggest ever research initiative. Graphene Flaghsip is tasked with bringing together academic and industrial researchers to take graphene from the realm of academic laboratories into European society in the space of 10 years, thus generating economic growth, new jobs and new opportunities. Graphene – a single layer of carbon atoms – may be the most amazing and versatile substance available to mankind.​​​​ Due to its unique combination of superior properties, graphene is a credible starting point for new disruptive technologies across a wide range of fields.

Sofidel has announced a new three-year partnership with Wateraid

On World Water Day, Sofidel, world leading Italian hygiene and household tissue manufacturer, known for the Regina brand in particular, presented its new three-year partnership with WaterAid. This international non-profit association works to ensure access to drinking water, sanitation and hygiene services in some of the world’s poorest countries.

The 2016 UniCredit Integrated Report provides a comprehensive account of our performance aimed at creating sustainable value for the Group’s stakeholders. The report focuses on our strategic priorities and the work done in order to achieve the goals set out in the Transform 2019 plan. It also details how the Group carefully manages different kinds of capital in order to deliver products, services and initiatives that generate economic, social and environmental value to the benefit of clients, employees and local communities.